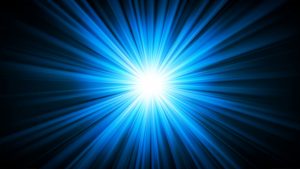 Around the time that Jesus was born, God caused an extraordinary event to happen in the sky. A sudden, bright star appeared in the sky. It lasted for several days, alerting and leading a group of wise men from the east called Magi to where Jesus had been born in Bethlehem.

The star was a miraculous sign from God telling them that the king of the Jews had been born, and they followed that star for hundreds of miles to Jesus so that they could worship Him.

We read in Matthew 2:9–11, After listening to the king, they went on their way. And behold, the star that they had seen when it rose went before them until it came to rest over the place where the child was. When they saw the star, they rejoiced exceedingly with great joy. And going into the house, they saw the child with Mary his mother, and they fell down and worshiped him. Then, opening their treasures, they offered him gifts, gold and frankincense and myrrh.

You know, that miraculous light in the sky wasn’t just leading those Magi to Jesus. It was also leading them to joy. When they found Jesus, they rejoiced with exceedingly great joy! That’s because in Jesus, there is tremendous joy.

And over 2,000 years later, that’s still true. Do you want exceedingly great joy? Then follow the light to Jesus where joy is found.