“Why doesn’t God love gays?”  That was the question a teenager asked on a recent Wednesday during our youth ministry time.  To be honest, the question was sort of out of the blue since the discussion was on the return of Jesus, but clearly it was on the heart of at least one, if not many, of the teens there that night.  I appreciate this teenager’s boldness to ask!

This question is one this generation has had to wrestle with that previous generations did not.  In fact, the speed with which the topic of homosexuality has come to dominate the social and political conversation is staggering, aided along by what pastor Voddie Baucham calls, “a coordinated, well-funded, well-connected propaganda strategy,” (“Gay Is Not the New Black,” https://thegospelcoalition.org/blogs/tgc/2012/07/19/gay-is-not-the-new-black, July 19 2012).  The entire movement has become like a snowflake that turns into an avalanche, demolishing any opposition in the public arena, and it’s still growing larger. 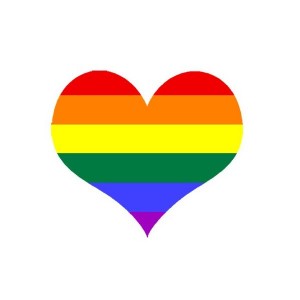 Without a doubt, many of our young people are confused on the subject.  They are hearing in pop culture and maybe even in their schools that homosexuality is a perfectly legitimate lifestyle and should not only be tolerated, but even celebrated and explored.  However, they then hear from faith communities (and not just Christian ones) that homosexuality is sinful.  The mixed messages cause a great deal of confusion in many people’s minds, especially in our young people, leading some to ask, “Why doesn’t God love gays?” with the implied addendum “when so many others do.”  It’s a question we will increasingly have to answer regardless of one’s stance on homosexuality.

If we would press the person asking “Why doesn’t God love gays?” to tell us what makes them think He doesn’t, most likely the response would “because He doesn’t think their homosexuality is okay.  If God loved gays, He’d affirm their homosexuality because that makes them happy.”  Indeed, that is the popular definition of love in contemporary culture.  Love is seen as affirming people in whatever makes them happy.  Many have just enough Christian influence to know that the Bible tells us we are to treat others the way we want to be treated, and so they reason, “I would want others to love me by affirming me in what makes me happy.  So, I am going to love others by being in favor of whatever makes them happy.”  That’s fair logic, but is that love?

Is it loving to affirm others in whatever makes them happy?  Let’s see.  Little Rachel wants nothing more than to play in the middle of the interstate.  In fact, she tried it one time for just a few seconds and is convinced that her happiness depends on playing regularly smack dab on the dotted line between the driving lane and the passing lane.  Would it be loving to affirm little Rachel in her desire?  No?  But she really believes it’ll make her happy.

Bobby loves to shoot heroin.  Nothing in the world compares to the high he gets when that needle enters the vein and pushes liquid happiness into his body.  He’s certain that heroin is the key to his happiness and wants more all the time.  Would it be loving to affirm Bobby in his desire?  No?  But he really believes it’ll make him happy.

Sandra loves 12-year-old boys.  That would probably be fine if she was around 12-years-old herself, but she is 42.  Nevertheless, she is convinced that if she doesn’t find a romantic relationship with a 12-year-old boy, she will not be happy.  Would it be loving to affirm Sandra in her desire?  No?  But she really believes it’ll make her happy.

Further examples are abundant, but the ones provided suffice to clearly demonstrate that we have to be careful in affirming whatever makes a person happy because in this fallen world, that which a person believes will make them happy is often hurtful to themselves and others.  Someone may quickly rebut that homosexuality harms nobody, but that is counterfactual.  Medically, homosexuality is harmful, especially to men who practice homosexuality.  Socially, homosexuality is harmful in that it cannot provide what the opposite sex brings to a romantic relationship, including but certainly not limited to the potential of procreation and then the presence of a mother and a father in that child’s life.  However, most harmful is the spiritual harm that homosexuality brings.

The Bible is clear that practicing homosexuality brings great spiritual harm.  In fact, Romans 1:18-27 declares that the increasing presence of homosexuality in a society signals that God is bringing about judgment on that society due to idolatry.  God, as a function of His wrath against sin, simply withdraws His restraining grace from those who rebelliously pursue sin, giving them over to degrading passions such as homosexuality and all sorts of other destructive devices.

However, the spiritual harm in this life pales in comparison to the spiritual harm that homosexuality brings in the age to come for those who practice it in this present age.  The Bible is emphatic that practicing homosexuality will bar a person from heaven.  God tells us so in 1 Corinthians 6:9-10, “Or do you not know that the unrighteous will not inherit the kingdom of God? Do not be deceived; neither fornicators, nor idolaters, nor adulterers, nor effeminate, nor homosexuals, nor thieves, nor the covetous, nor drunkards, nor revilers, nor swindlers, will inherit the kingdom of God.”  It’s important to note here that homosexuality is not the only sin listed.  It’s right there with adultery and drunkenness and many others.  This list is by no means exhaustive.  Nevertheless, God is communicating to us that those who continue in sin, including homosexuality, will not inherit the kingdom of God.  In other words, they will be barred from Heaven and will experience Hell forevermore.  There is no worse consequence imaginable.

So, let’s play this truth out in a scenario.  Don is a man in his early 20s who has experienced same-sex attraction for years now and has finally given into the temptation.  He has been for several months seeking out homosexual partners, and it has been absolutely exhilarating to him.  He hopes to one day settle down with the man of his dreams but is just having too much fun right now.  Beyond a shadow of a doubt, he is convinced that his happiness hinges on living a homosexual lifestyle.  Given the harm practicing homosexuality has been demonstrated to bring, is it loving to affirm Don in his desires?  Absolutely not!  In fact, the opposite is true.  To affirm Don in his homosexuality would be as loving as affirming little Rachel in her playing on the interstate or Bobby in his heroin addiction or Sandra in her pedophilia, which is to say that it wouldn’t be loving at all.  All of these not only harm the individuals with the desires, but others as well, and to affirm them would be unquestionably unloving.

If a person’s definition of love is affirming whatever makes someone happy, then a redefinition is needed because that’s not love.  Love doesn’t just affirm whatever makes a person happy.  It seeks the well-being of its objects.  That’s why God indeed does love “gays” and at the same time doesn’t affirm them in their homosexuality.  Instead of unlovingly affirming them in an eternally harmful lifestyle, God lovingly calls them out through the gospel of Jesus Christ just like He does all sinners.  And yeah, we were born that way (sinners, that is)!  God lovingly says to all sinners, including the homosexual sinner, turn from your sin and believe on the Lord Jesus Christ, and you will be forgiven, made righteous, increasingly freed from sin itself, and inherit everlasting life in Heaven.  Now that’s love!

“Why doesn’t God love gays?”  My dear friend, He does love “gays.”  In fact, God loves them so much that He calls them out of homosexuality and into Christ!