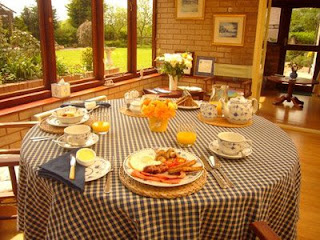 Every Monday morning I get the privilege of sitting around a table at the Cloverleaf Restaurant in Liberty with a dozen or more pastors from our area. It’s a time of fellowship, devotion, breakfast, and prayer. As we’ve been meeting there over the last several months, we’ve noticed a trend. If the waitress takes your order first, you almost always get your food last. And if you order your food last, you are very likely to get your food first. Inevitably, one of the men will quote Matthew 19:30, which says, “But many who are first will be last, and the last, first.”

I’ve often taken this verse to mean that many who are greatest, or first, in the world’s eyes will be the least, or last, in the kingdom’s eyes. But as I’m reading this passage again, that’s really not what Jesus is saying at all. Sure, I believe the axiom is true that many who are great by the world’s standards are not great by God’s standards, but Jesus’ statement is pointing to a different truth. How do we know? We know because He illustrates His statement with the Parable of the Laborers in Matthew 20:1-16.

You probably know this parable well. Jesus says that the kingdom of heaven is like a landowner who hired a group of laborers early in the morning to work in his fields for the rest of the day for one denarius. A denarius was a silver coin in the Roman currency system and was seen as a fair wage for a day’s work in Jesus’ time. The landowner then decided that he didn’t have enough workers so he hired more of them throughout the day–some at 9am, noon, 3pm, and finally at 5pm.

At the end of the work day, the landowner gathered all the workers together to pay them. He began with the last group hired and gave them each one denarius. Naturally, the group that was hired first thought they were going to get much more since they had worked much longer than the last group. However, when it was their turn to be paid, each in the first group received just one denarius also.

Immediately, they began to protest and complain to their employer, basically saying, “This isn’t fair!” To which the landowner replied in essence, “I’ve done nothing wrong. It’s my right to be generous to these other groups if I wish.” And then Jesus finishes up the parable by saying again in v20:16, “So the last shall be first, and the first last.”

In order to really understand this parable, we must lay out what each part in the parable represents. The landowner is God, the vineyard is God’s kingdom, the workers are all believers, and the denarius is eternal salvation. The glorious truth contained in this passage is that all who place their faith in Jesus Christ get the same marvelous gift: eternal salvation. It doesn’t matter if the person was a follower of Jesus for only one day before they died. They still receive the same gift as the person who followed Jesus for 80 years and died a martyr’s death on the mission field. The thief on the cross next to Jesus received the same gift as the Apostle Peter. Isn’t that amazing!

You might not get why this truth is so amazing yet. Here is why it is: the thief didn’t deserve the gift and neither did Peter. This statement and illustration are designed by Jesus to highlight God’s sweet grace. Nobody deserves eternal salvation (in fact, we deserve the opposite, eternal destruction), but God gives it anyway through the life, death, and resurrection of Jesus Christ.

Friends, there is no room for self-boasting in the Kingdom of God. As Paul points out in 1 Corinthians 1:31, “Let him who boasts, boast in the Lord.” May we glory in God’s grace through Jesus Christ and rejoice when another sinner receives it. In relating this truth to my Monday morning pastors’ fellowship, may we just be overjoyed that we are getting breakfast. Praise the Lord He has determined to shower us with grace!